This is a special year for fans of one of the most popular movies of all time, Top Gun. May 16, 2021 marks the 35th anniversary of the film’s release, plus a highly anticipated sequel is also slated for release later this year. The highest grossing film of 1986, Top Gun defined and inspired a generation in many ways, including boosting the popularity of military bomber jackets like those worn by the film’s protagonist, Maverick.

Starring Tom Cruise, Top Gun tells the story of the talented but reckless fighter pilot, Lieutenant Pete “Maverick” Mitchell, who is sent to train at the Naval Fighter Weapons School, nicknamed TOPGUN, at the Miramar Naval Air Station in San Diego. Maverick goes on to compete for the school’s TOPGUN trophy, woo the school’s civilian flight instructor, Charlie (played by Kelly McGillis), and learn the value of teamwork. The movie captivated audiences upon its release on May 16, 1986 and for many months afterwards, grossing a total of $136 million. US Navy enlistment even experienced a surge after the movie’s release, with young men expressing a particular interest in becoming naval aviators. 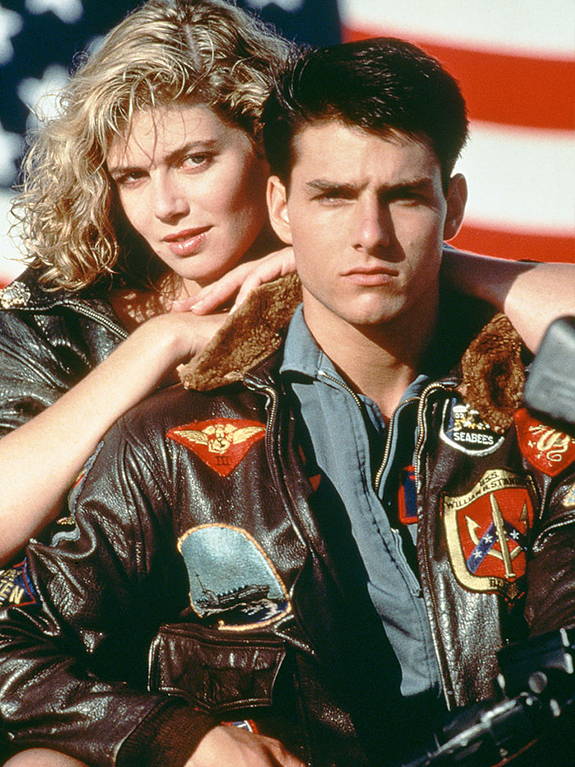 To this day, the movie’s popularity has lived well beyond its theatrical heyday and into the realm of pop culture, particularly in fashion. Tom Cruise’s brown goatskin leather G-1 bomber jacket, complete with patches and a mouton collar, is one of the most famous jackets in movie history; the look is often replicated with a similar jacket, a pair of jeans, and aviator sunglasses. The G-1 jacket was the standard bomber issued to naval aviators at the time the movie takes place; while it has been discontinued, similar bombers, especially those worn by the US Air Force, are also favored for replicating that tough, fighter pilot look.

The B-15 bomber jacket, for example, was issued in 1944 and bears the most resemblance to the G-1 with its mouton fur collar. It replaced the leather of previous bomber iterations with nylon, which was less heavy and more water resistant. The Alpha Industries Unisex B-15 Bomber Jacket is a close replica of the one originally issued to the military, complete with removable mouton fur for added versatility.

Next came the MA-1 bomber, which was distributed to the USAF in the 1950s, was an innovative design at the time and made of a durable but lightweight nylon material. Along with the L-2B, its summer counterpart, the MA-1 was worn by military pilots for decades and remains an iconic style to this day, which is why the Alpha Industries heritage MA-1 Bomber Jacket is one of our bestsellers. It then received a major update in later years with the MA-2, also known as the CWU 45/P.

The CWU 45/P features even more innovation in the form of a flame-resistant material called Nomex, which comprises the outer shell. This was a solution to the melting of the MA-1 nylon that pilots experienced whenever they were near a fire. The pockets also received a slight upgrade to discourage pilots from walking around with their hands in their pockets, so they were placed higher on the jacket with the opening at more of an angle. The new pockets included a velcro closure to prevent FOD (foreign object damage).

Genuine military-spec CWU 45/P jackets, like this one from Alpha Industries, are always constructed of Nomex and include all the upgraded pocket details. More commercial styles, such as Alpha Industries’ Unisex CWU 45/P Bomber Jacket, are made with a high quality, water resistant flight nylon similar to the MA-1 and other bomber jacket styles. 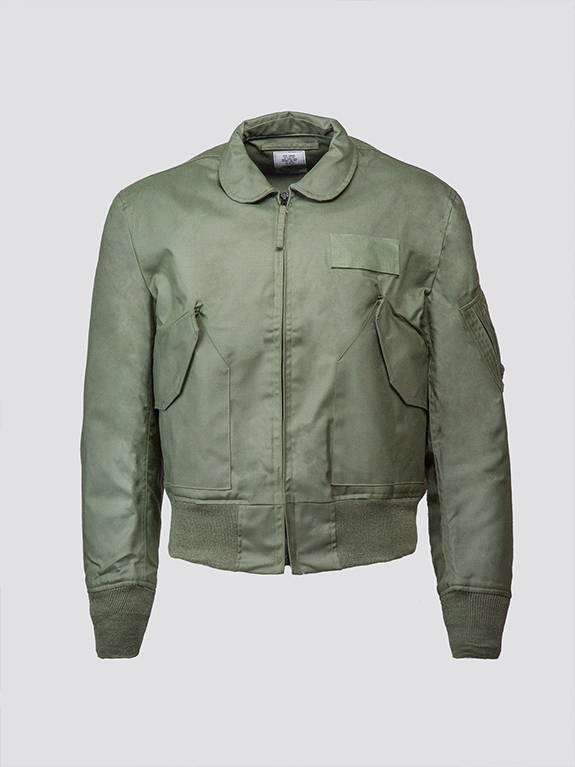 While the CWU 45/P was built to withstand extremely cold temperatures (“CWU” stands for “cold weather uniform”), a more lightweight version was also created to be worn by pilots in warmer temperatures. The CWU 36/P is also available through Alpha Industries in a genuine military-spec edition that is made of Nomex and includes all the standard military features. The CWU-45/P and its warm-weather version, the CWU 36/P, serve as part of the current military flight uniform, making them the prime bomber jacket choice for the most authentic look.

After 35 years, Top Gun is still inspiring generations of fans who appreciate its classic story and timeless aesthetic. The decades-long popularity of flight bombers is a testament to the enduring appeal of both this acclaimed movie and military style apparel in general. From the G-1 flight jacket to the CWU 45/P, channel your inner Maverick with any of these bombers from a truly American, military heritage brand. 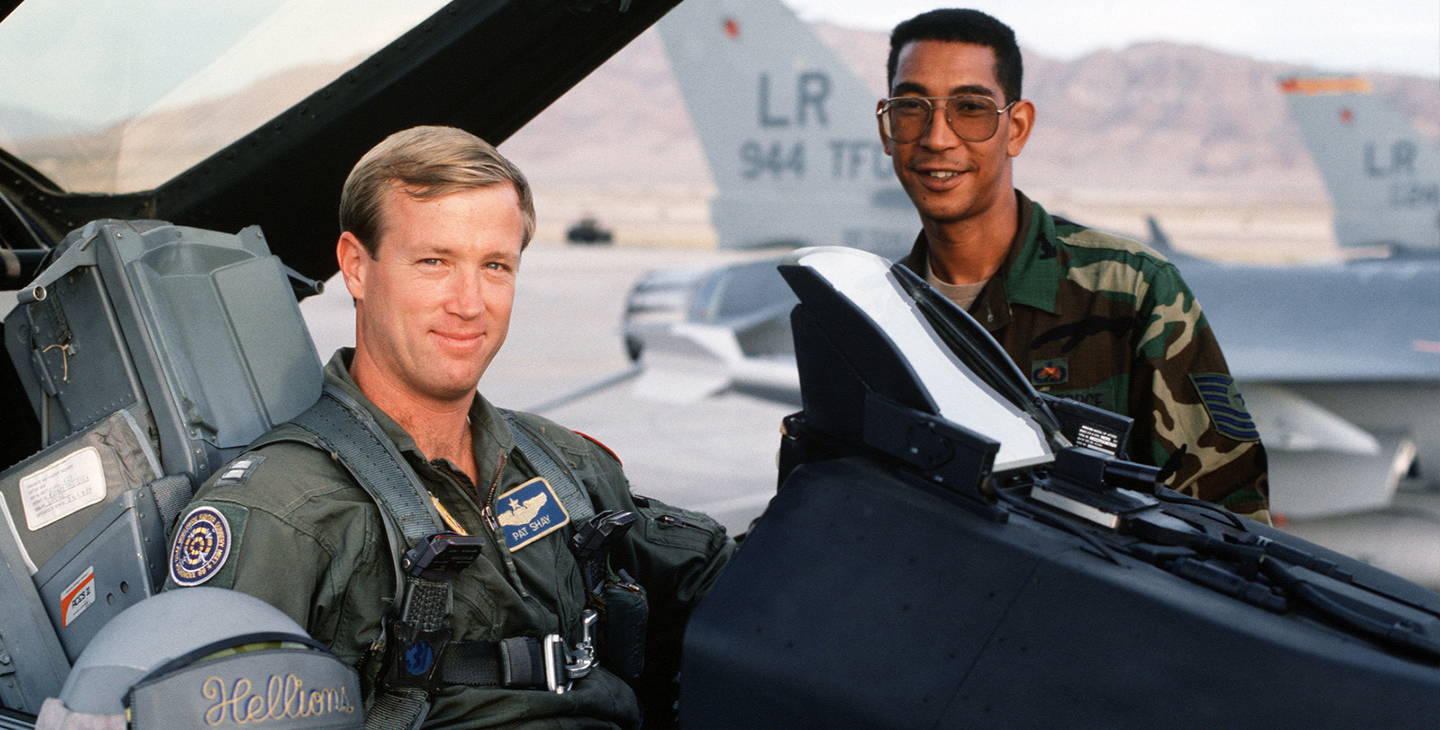