A HISTORY OF THE L-2B BOMBER

The L-2B bomber jacket may just be one of the unsung heroes of military heritage bombers. Created as a lightweight alternative to the famous MA-1, the L-2B is easy to wear and perfect for chilly spring or summer nights. While wearers may favor this model for its contemporary look, the L-2B bomber is actually a core piece of military outerwear history.

Before the bomber jacket became one of the most popular jacket styles around the world, it was a functional piece for Air Force pilots. Since World War I, with the rise of aerial bombing as a warfare strategy, pilots have needed proper outerwear to protect them from the freezing temperatures of high altitudes. Thus the flight jacket, or bomber, was born.

The first military-spec bombers, such as the A-1 and B-3, were constructed of heavy leather and fur. This gave way to more lightweight synthetic materials with the B-15 bomber jacket, which featured a nylon or cotton/rayon outer shell. After undergoing several design iterations through the decades, the classic MA-1 bomber jacket was first issued to the US military in 1949.

The L-2B jacket was specially made to be worn in moderate temperatures of 42-65 degrees Fahrenheit, making it ideal for the summer and transitional seasons. 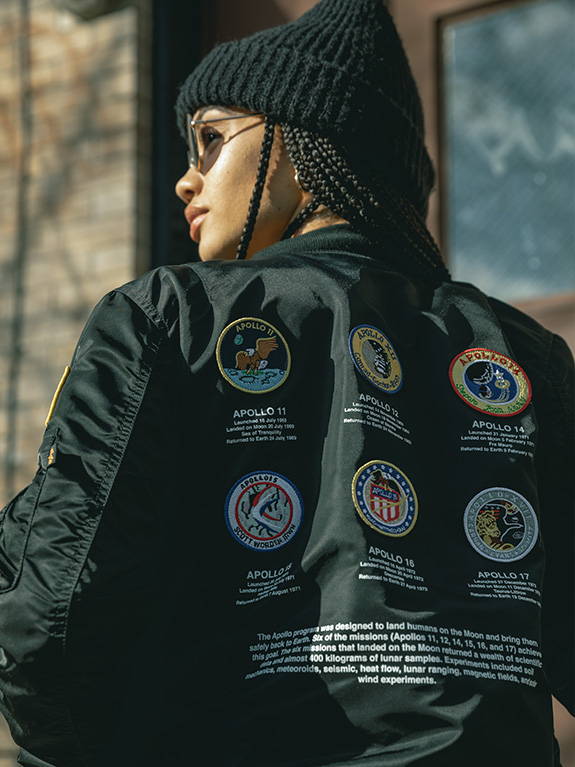 The L-2B flight jacket was created in the early 1950s, shortly after the MA-1 and L-2A, as a lightweight alternative. In order to further streamline the design, the inner pockets of the MA-1 were removed. Compared to the L-2A, its more direct predecessor, the L-2B was issued in the color sage green and featured a wool/rayon blend lining. Later versions were also issued with the lining in bright orange, which pilots of downed aircraft could use to make themselves visible to rescue teams from the ground. The L-2B jacket was specially made to be worn in moderate temperatures of 42-65 degrees Fahrenheit, making it ideal for the summer and transitional seasons. 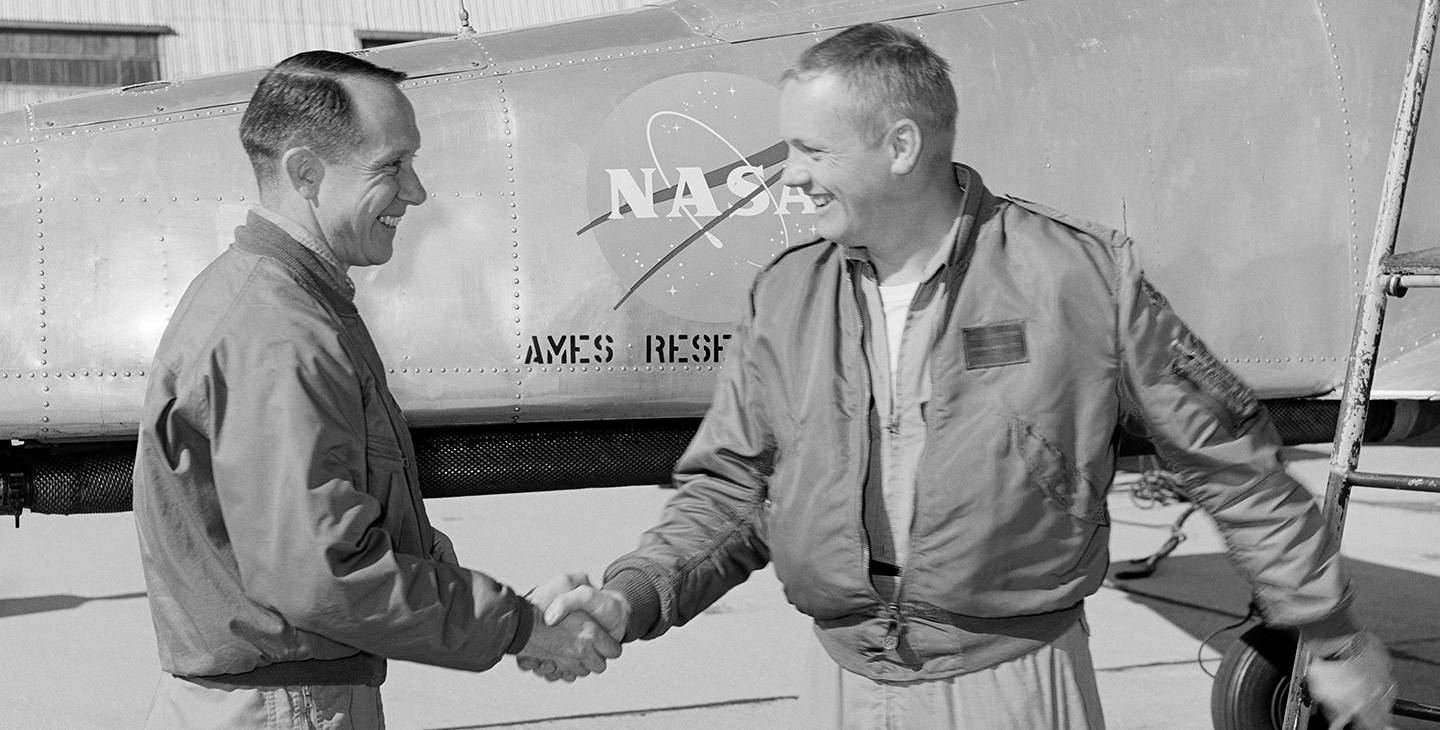 Along with the MA-1, the B-15, and other bombers, the L-2B quickly became a pop culture phenomenon after its military run. Youth subcultures in the US and Europe could be seen sporting what they could find at army surplus stores as both a fashion and political statement; before long, the cool and offbeat bomber jacket look went mainstream. The MA-1 and L-2B, long after being retired from military use, remain a permanent mainstay of popular fashion and likely will for decades to come. 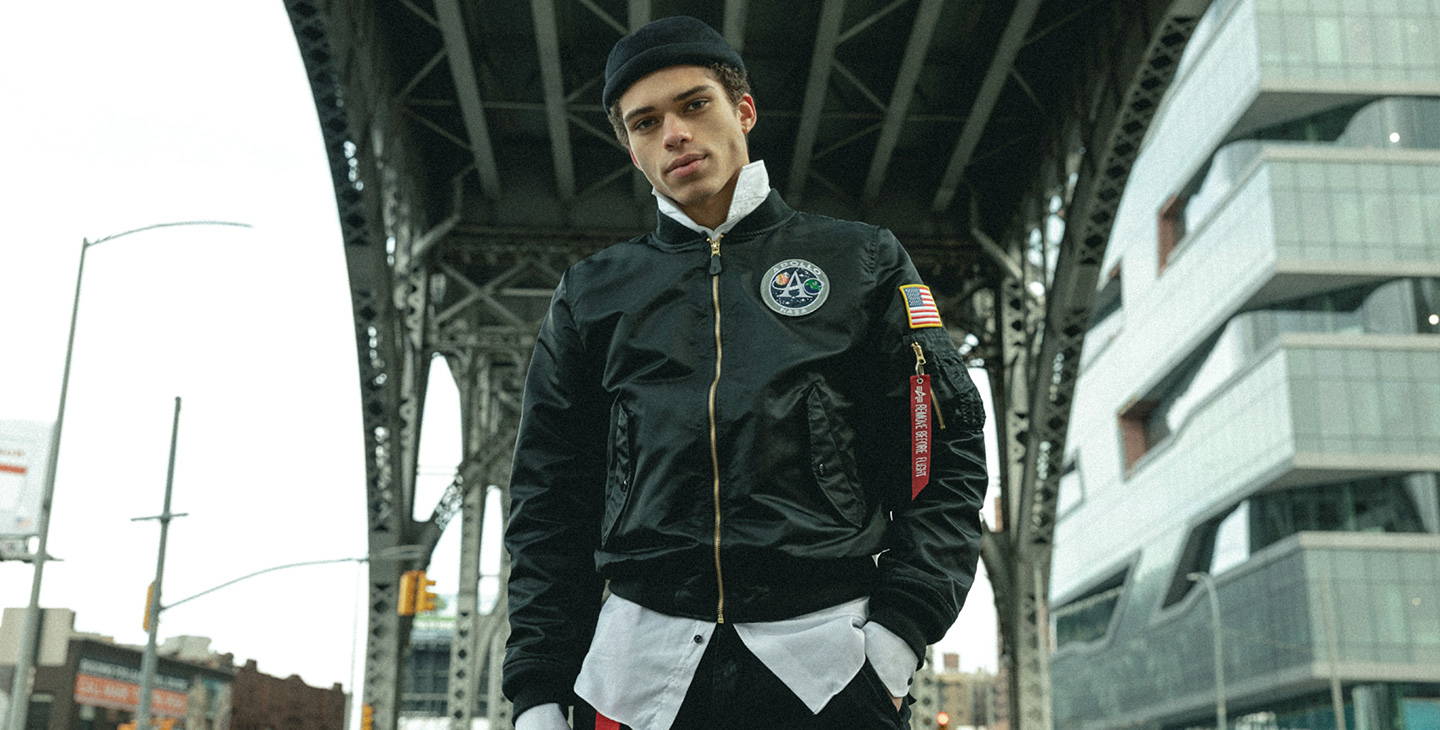 Due to its versatility, the L-2B bomber has served as Alpha Industries’ inspiration for a number of seasonal designs and features prominently in the Spring/Summer 2021 collection. One contemporary twist includes the L-2B Cropped Bomber jacket for women, with a trendy cropped silhouette and loose fit, and the L-2B Varsity Cropped Bomber, a sportier version with varsity-style knit details.

In celebration of the historic Apollo space missions, Alpha Industries has also created the L-2B Apollo II Bomber Jacket, complete with colorful Apollo patches and a moon landing-themed printed lining. And in a more dramatic design change, the L-2B CTN Bomber features a garment washed 100% cotton shell for a more carefree, casual look. No matter the style, the L-2B bomber is a no-brainer staple for any spring/summer wardrobe.