THE M-65 MOD: WHY FIELD JACKETS ARE ESSENTIAL 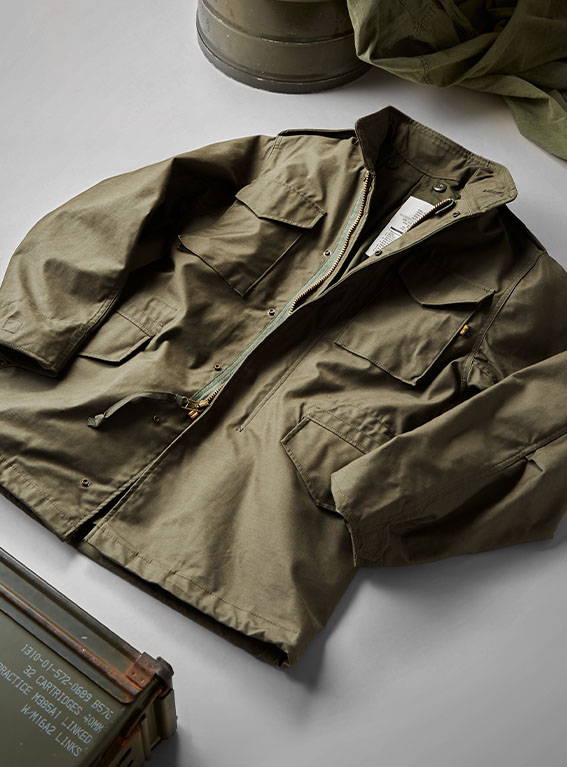 The M-65 field jacket is one of the most enduring outerwear pieces in fashion history. Worn everywhere from the jungles of Vietnam and the deserts of the Middle East to iconic Hollywood movies and high-end fashion runways, field jackets have left an enduring mark on fashion history. Not much has changed in the original design, which was first created by Alpha Industries in 1965, but throughout the decades this jacket has come to represent many facets of American culture in surprising ways. Civilians who don the M-65 — among them movie stars, hippies, and activists — have fashioned it into a bold statement, while the jacket’s emphasis on functionality ensures that it never goes out of style

HISTORY OF THE M-65 FIELD COAT

The first field coat, created in World War II, was the M-41 — named, as all later models were, after the year it was first produced — which functioned as part of the combat uniform in the early years of the war. The jacket was also unofficially referred to as the O.D. Cotton Field Jacket, after the material and olive drab no. 2 shade it was produced in. As the first military field coat, the M-41 was based on the design of a typical civilian windbreaker, a type of outerwear that was meant to protect the wearer against wind chill and light rain; however, the M-41 included more insulating features such as a cotton poplin outer shell and wool flannel lining, button closures at the neck and cuffs, and a button-down storm flap over the front zipper closure. The M-41 eventually gave way to the M-43, which was extended to hip-length and included a detachable hood, drawstring waist for a tighter fit, and produced in the much darker olive drab no. 7 shade. It was made in cotton sateen and was used as part of the standard combat uniform for the rest of World War II. The subsequent M-51 model updated the design to include snap button closures as well as button cuffs and a button-on hood. Made of a cotton sateen fabric similar to the M-43 and distributed in the shade OG 107, the M-51 became part of the field uniform for soldiers in the Korean War and the Vietnam War’s early years. 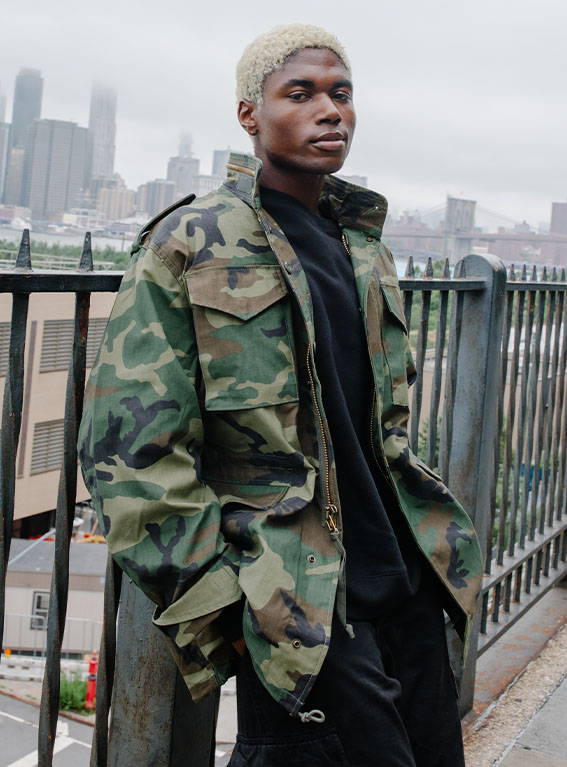 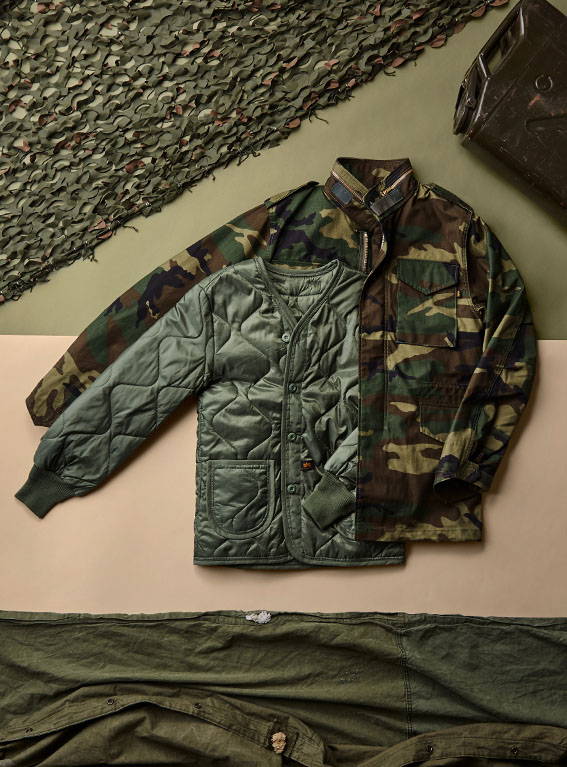