JACKETS HE CAN WEAR ALL YEAR LONG

Military pieces, such as bomber jackets, are the ultimate piece of outerwear that combine heritage style with maximum functionality. However, the most iconic military jackets were traditionally built to withstand freezing temperatures in harsh environments or high altitudes, making them ideal for cold weather seasons but not necessarily for the spring and summer. In the 1950s, for example, the MA-1 bomber jacket was created with durable nylon on the outer shell and liner, and an insulating polyester fill; the most recent iteration of the bomber, the CWU-45/P, was also designed to protect against cold weather (the “CWU” in the name stands for “cold weather uniform”), with the nylon being replaced by a flame-resistant material called Nomex.

While the use of synthetic materials made these bomber jackets less heavy than their early 20th century predecessors, lightweight versions were still necessary for pilots to do their job in warmer weather. The L-2B bomber was issued to the US Air Force as a more streamlined version of the MA-1, with the removal of the inner pockets, and it was designed for use in moderate temperatures of 42-64 degrees Fahrenheit. It served as the standard summer jacket for Air Force pilots for many years. The CWU-45/P also comes in a summer jacket version, the CWU-36/P, which is also built for warmer temperatures. Both the CWU 45/P and CWU 36/P serve as part of the current military standard flight uniform. 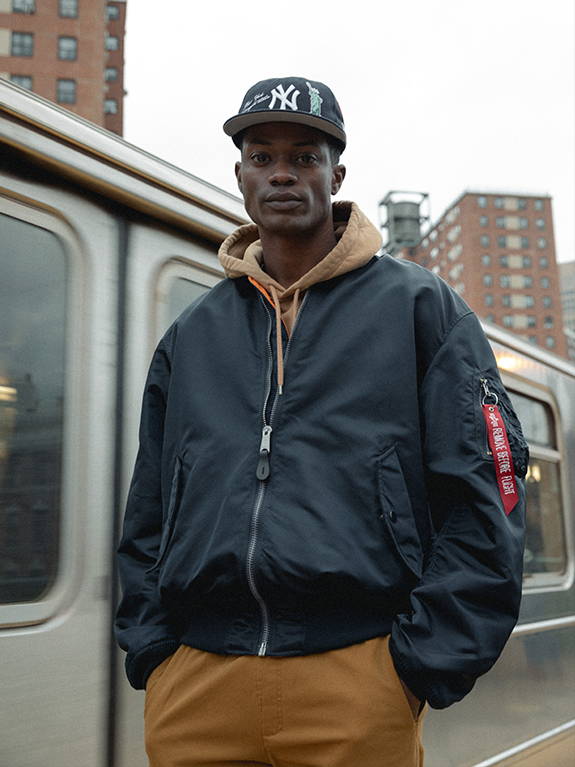 For Spring/Summer 2021, we’ve taken inspiration from these lightweight jackets and expanded them with a wide range of styles and materials. No summer night out is complete without a versatile bomber jacket, and the L-2B bomber in particular has lended its classic silhouette to a number of design variations.

The Alpha L-2B Loose Bomber Jacket offers maximum comfort with a loose fit, making it easy to layer over tees and sweaters when temperatures drop. The water resistant nylon shell is both lightweight and protective against unpredictable weather transitions. Like any classic bomber, it’s reversible to reveal a bright orange lining. The L-2B Loose bomber is roomy and carefree, making it a great fit for anyone who prizes comfort and mobility as well as warmth. 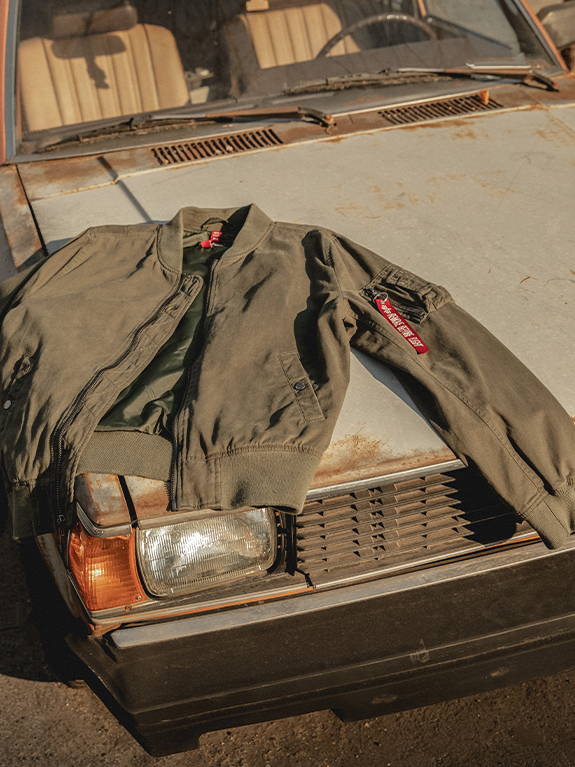 Another option is the L-2B CTN Bomber Jacket, which features a garment washed, 100% cotton outer shell. Available as the ultimate casual black or green bomber jacket, it can be dressed up or down and includes a nylon lining that makes layering easy. This easygoing jacket is the perfect go-to for when temperatures drop after a backyard barbecue in the backyard, or sunsets at the beach with the family. 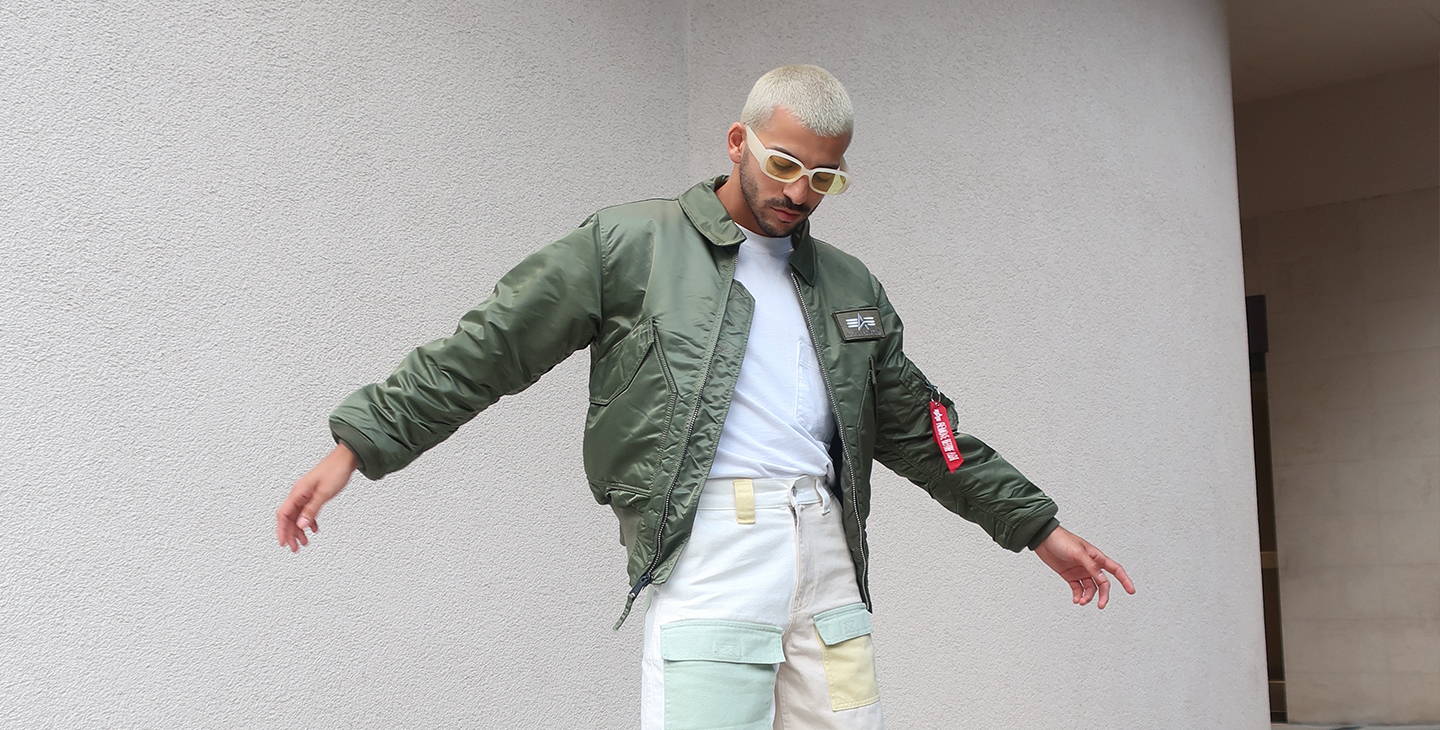 The CWU-45/P and CWU-36/P are also excellent choices for year-round wear. Alpha Industries currently produces its own versions that are inspired by more modern silhouettes and seasonal variations, such as the regular unisex CWU-45/P and the seasonal slim fit version. We also offer genuine military-spec CWU-45/P and CWU-36/P jackets with Nomex, a flame-resistant material that also protects against chemicals and radiation. These high quality models are ultra reliable and bound to stand the test of time. 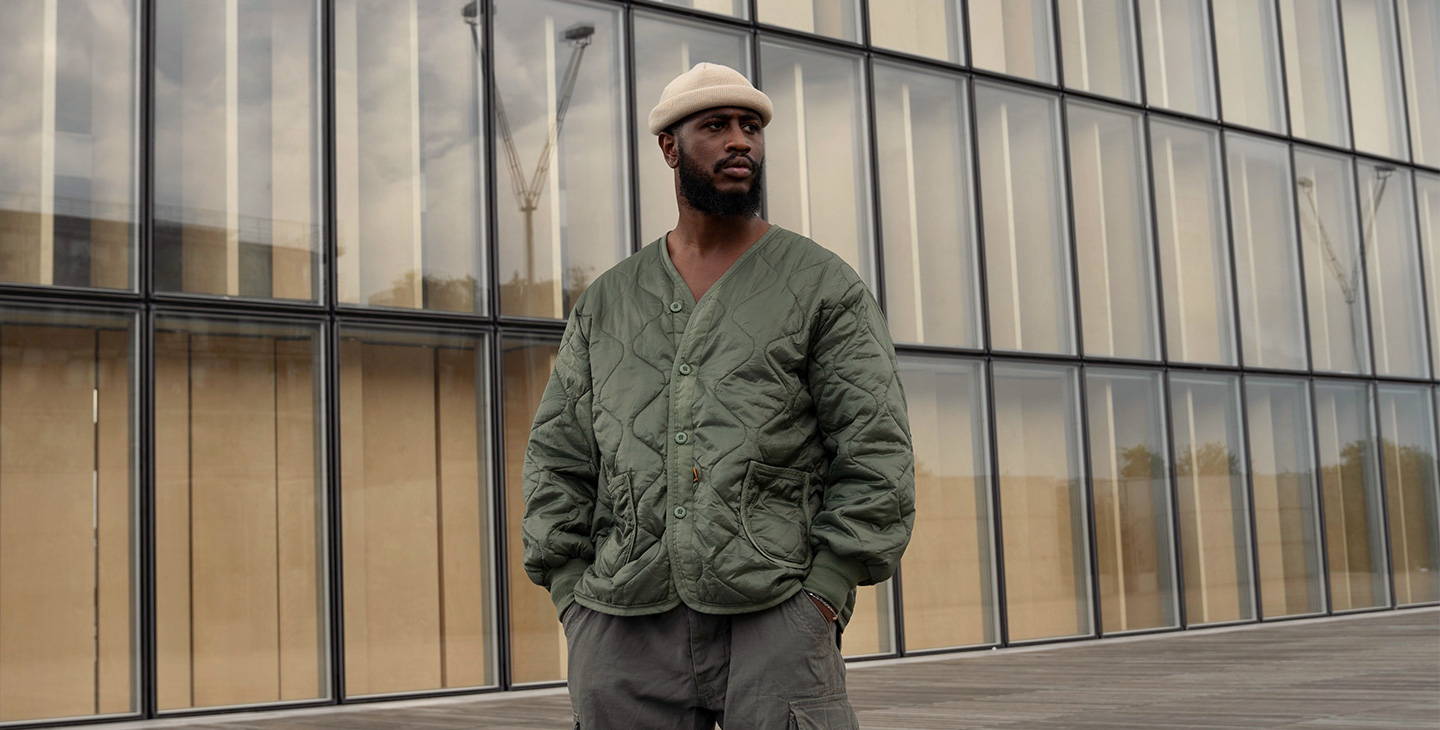 If you’re just looking for a light outer layer rather than a full blown jacket, look no further than the ALS/92 Liner. This heritage piece features a ripstop nylon shell and a polyester lining that’s so light, you won’t know it’s there. Knit cuffs and a snug fitting silhouette offer guaranteed insulation. Plus, it’s designed to be buttoned into an M-65 field jacket, so the versatility of the ALS/92 liner can’t be beat.

Any of these summer jackets for men are instant classics, lightweight enough to pack and warm enough for those chilly summer nights (plus spring and fall!). They’re durable, reliable, and they’ll never go out of style.