Alpha Industries was awarded the contract for the N-3B Parka in 1959. Originally designed for U.S. Air Force and Navy pilots and ground crews, the N-3B Parka has withstood the test of time as a durable and versatile winter jacket.

Today’s N-3B Parka design was derived from the N-3 parka, which in turn was inspired by the fur coats traditionally worn by the Inuit of North America. The N-3 was developed by the U.S. Army during World War II, a time when U.S. military presence was expanding further into regions with subzero temperatures. The parka was designed to be mid-length and typically constructed with a nylon outer shell and lining; the fit was loose in order to accommodate soldiers’ uniforms underneath. It included a fur-trimmed hood that was lined with mouton for extra insulation.

Throughout the 1950s, different variations of military standard parka jackets emerged and improved upon the original N-3 design. For example, the M-51 (and later, M-65) fishtail parka was created for soldiers stationed in Korea during the Korean War, where winters were especially harsh. It featured a button-in liner and a waterproof outer shell with a split lower hem that soldiers could tie around each leg, trapping heat while allowing for freedom of movement; it was this iconic feature that led to the jacket’s popular name, the “fishtail parka”. This version was later updated to the M-65 model, which featured a detachable hood.

Another example was the N-2B parka. Made for the USAF air and ground crews, this version had a short hem that fell about hip length as well as a split hood, which could be unzipped to lie flat when it wasn’t in use. It also featured pass-through front pockets that were designed to allow pilots to reach their pants pockets without exposing their hands to the cold. In 1963, Alpha Industries began producing the N-2B parka for the Department of Defense.

But arguably one of the warmest and most hard-wearing of these variations was the N-3B Parka, which was a result of several design innovations over a period of time. A few years after the USAAF became the U.S. Air Force, the N-3A was developed for flight crews stationed in cold regions; in the next few years, this was updated to the N-3B model that we know today. The ‘50s design included a silk nylon outer shell, later replaced with a nylon and cotton blend, and a heavy wool blanket padding, later replaced with lighter-weight synthetic materials. The fur-lined hood could be zipped nearly all the way up to leave a small opening for looking out, which is what led to the nickname “snorkel parka”.

The N-3B parka’s extremely functional design has hardly changed over the years. Falling at ¾ length, the Alpha Industries N-3B Parka features a water resistant nylon outer shell and an adjustable, synthetic fur-lined hood. True to the original military specs, the hood zips up to leave a “snorkel” opening for visibility. The storm flap and hood zipper help to trap heat and ensure the utmost protection in extreme weather conditions. Our N-3B heritage parka is available in black and sage green, while more colorways can be found with the rest of our N-3B parka collection, such as the N-3B Alpine Parka, the N-3B Down Parka for women, the N-3B Parka Y, and the N-3B Skytrain Parka. 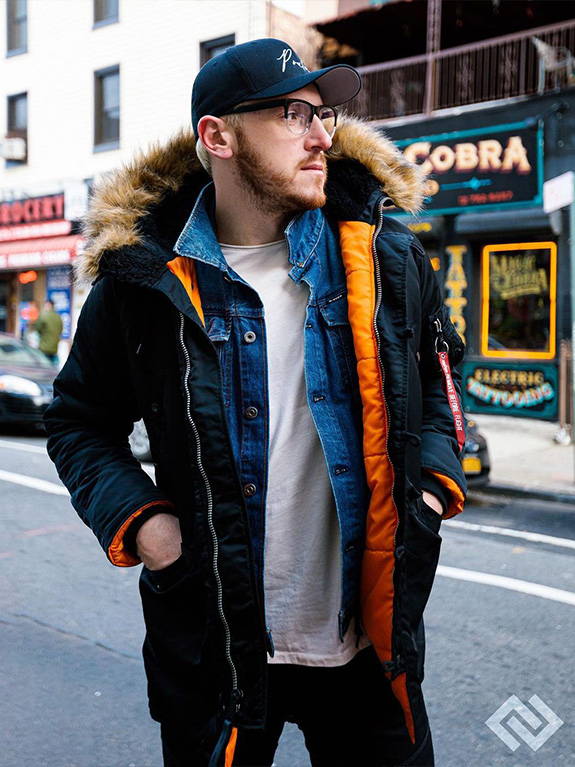 The N-3B Parka is an ideal cold weather layering piece. Here, @modernmachines styles the Replica Blue Men's N-3B Parka as a top layer over a chambray shirt and tee. This easy outfit is perfect for a day out and about in the city. 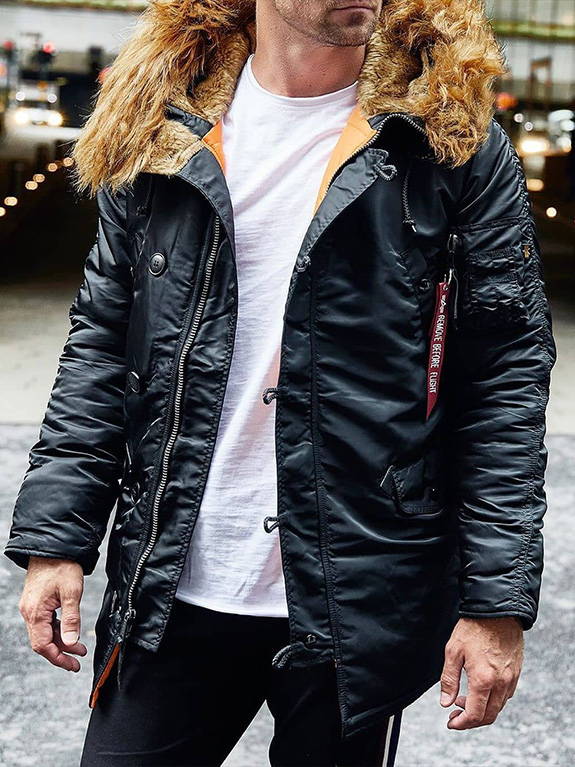 In addition to being an ideal layering piece, the N-3B Parka perfectly compliments the athleisure trend. Here, @alexandersvensk wears the N-3B Parka in Black other a white tee with track pants. This versatile parka is the perfect "throw on and go" piece for cold weather. 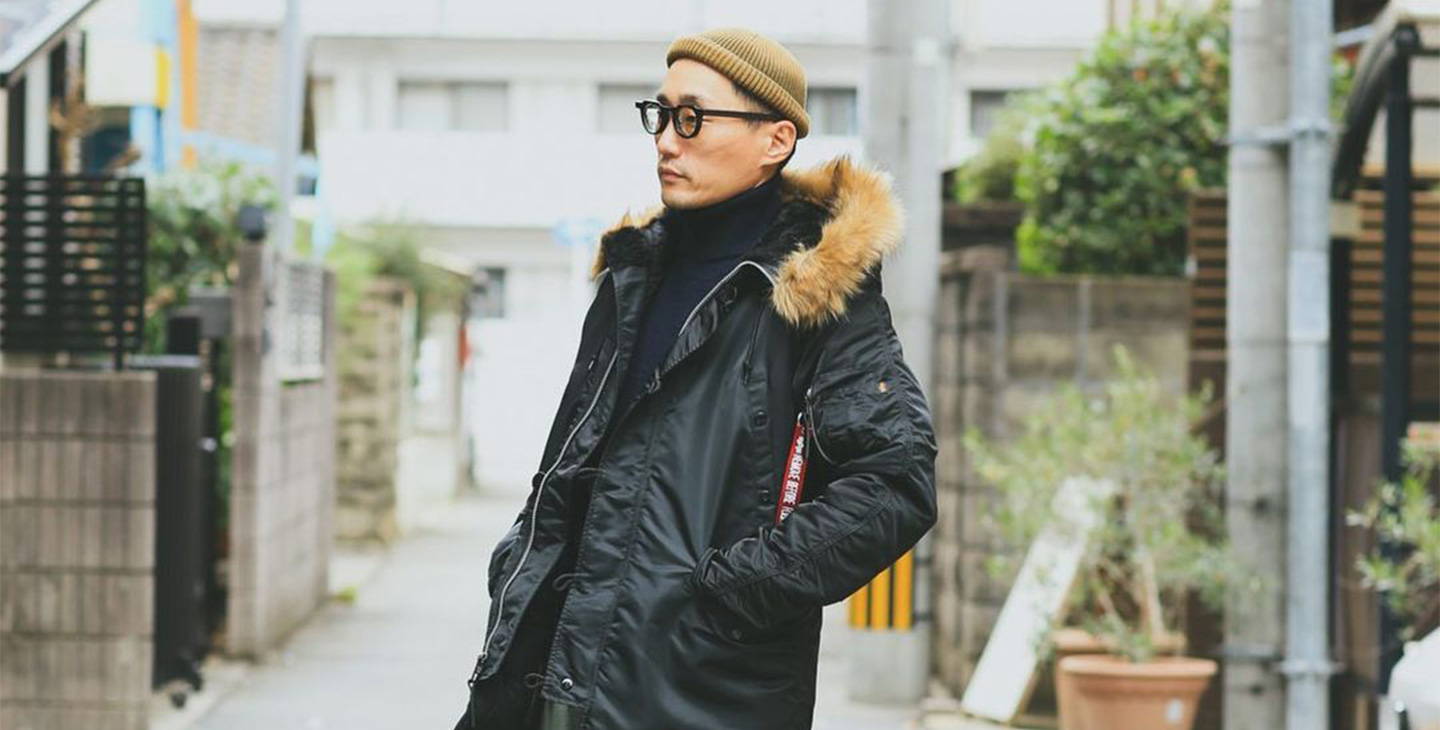 Taking a more understated approach, @l.l.wood mixes classic colors in this look with the N-3B Parka in Black. Sage trousers and brown shoes, paired with a black turtleneck provide the basis for a staple everyday look.

Whichever way you style it, the N-3B Parka is the perfect piece to have in your winter wardrobe collection.