INTRODUCING THE CALL OF DUTY
'CALDERA' B-15 FLIGHT JACKET,
FROM CALL OF DUTY X ALPHA INDUSTRIES

The fight has gone worldwide in Call of Duty: Vanguard, the latest installment in the renowned game series by Activision. Season 2 just launched this year, but the mid-season 2.5 update is already generating hype. It features new content for both Vanguard and Warzone, plus an unprecedented collab: We’re proud to announce a Call of Duty x Alpha Industries drop in the form of a Call of Duty: Warzone ‘Caldera’ B-15 Flight Jacket and an in-game Flyboy bundle. Don’t miss this limited edition jacket and the chance to take your gaming experience to new heights. 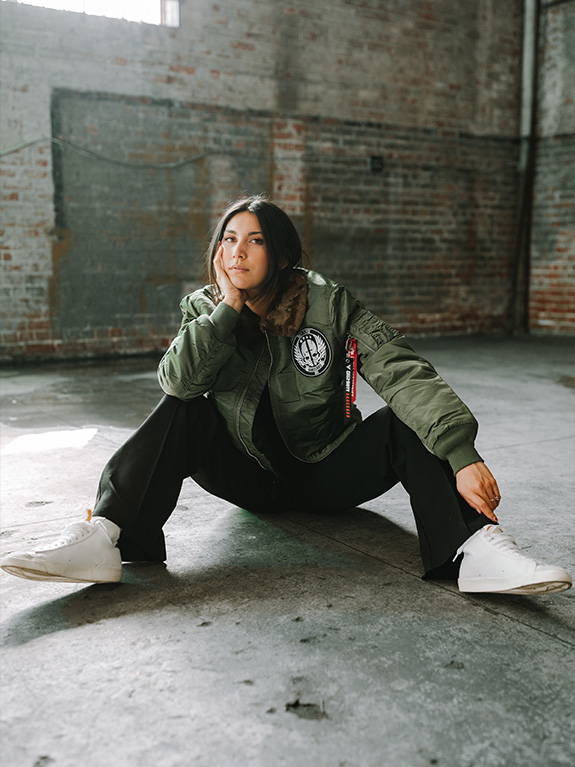 THE CALL OF DUTY STORY
The Call of Duty® series is a worldwide phenomenon, ranking as the best selling first-person shooter game series in the world, the most successful video game franchise created in the U.S., and the third best-selling video game franchise of all time. First launched in 2003, the early Call of Duty games were focused on World War II before branching out to the Cold War, futuristic worlds, and outer space.

The latest game in the series, Call of Duty: Vanguard, was released in 2021 and returns to the franchise’s WWII roots. Players fight battles in the European theater on up to 20 maps in multiplayer mode. Vanguard even includes integration with Call of Duty: Warzone, the popular free-to-play battle royale game. Warzone players are introduced to Warzone Pacific with a new massive island-sized map, trading in the Eastern European front of Verdansk for the sunny Pacific island of Caldera.

In the Season 2 update of Vanguard, which dropped in February 2022, players combat a new threat: a Nazi pot to build the Nebula V Bomb, a chemical weapon that can wipe an entire metropolis off the map. The update features two new weapons, the KG M40 and Whitley, and three new Operators from Task Force Yeti.

Season 2 includes updates to Warzone as well, a new Search and Deploy Event, where players can infiltrate the new Chemical Factory, earn items to use in Caldera, or test their skills in two all-new multiplayer maps in Vanguard. The new Battle Pass system introduced in Season 2 features authentic Austrian-front weapons and gear for both Vanguard and Warzone players to fight with, plus the chance to unlock Task Force Yeti leader Anna Drake and her Legendary Operator Outfit. 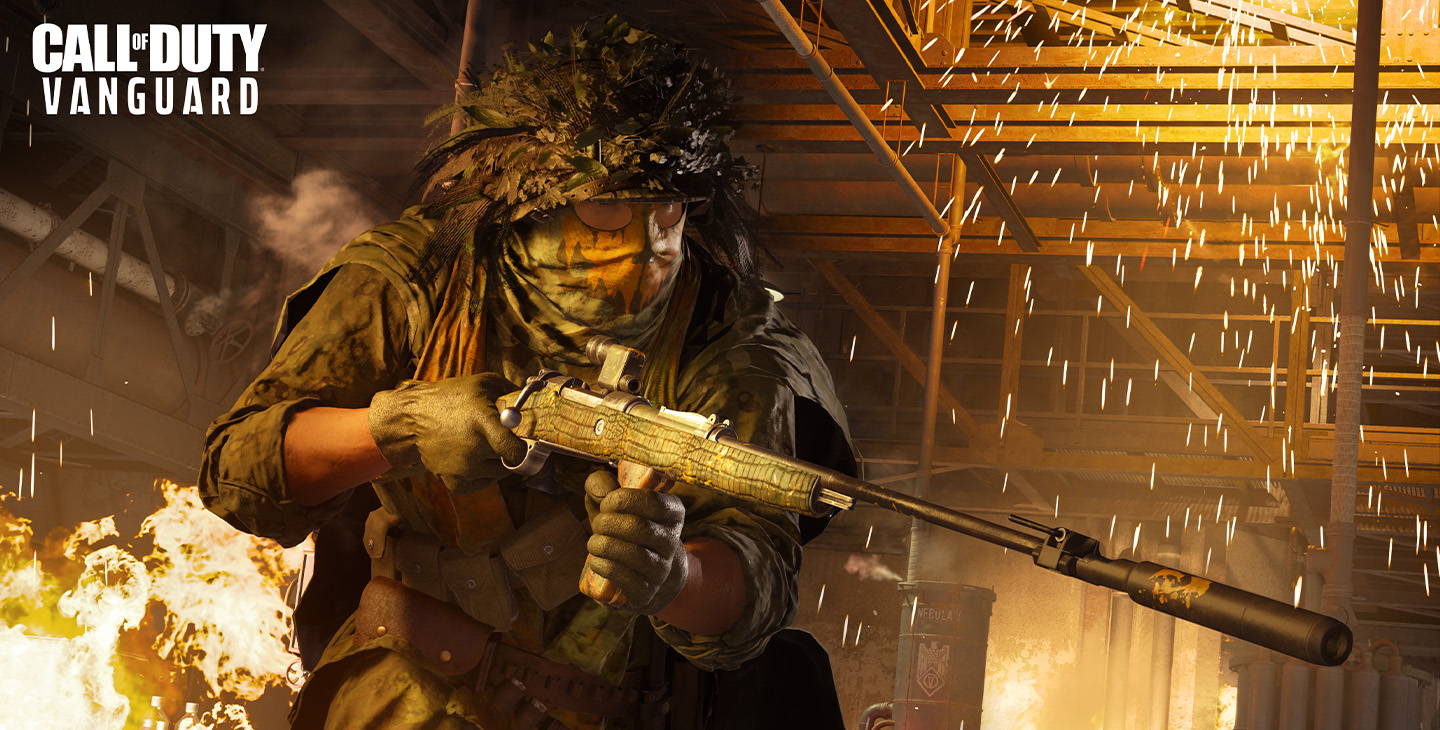 SEASON 2.5 OF VANGUARD
The Vanguard mid-season update (March 2022) offers even more game content, with a new Arms Race Mode in the Alps where players race to collect Nebula V Bomb crates and control as many zones as possible before time runs out.

Plus, Season 2.5 also includes an update for Warzone players, with a new Rebirth Reinforced event on Rebirth Island, a new Weapon Trade feature, boats docked on the east and west sides, and an exciting new global community event.

From March 30 to April 12, Call of Duty: Vanguard will also offer multiplayer Free Access. Now anyone can become the vanguard of the changing face of war with the Call of Duty® signature core gunplay and multiplayer experience. 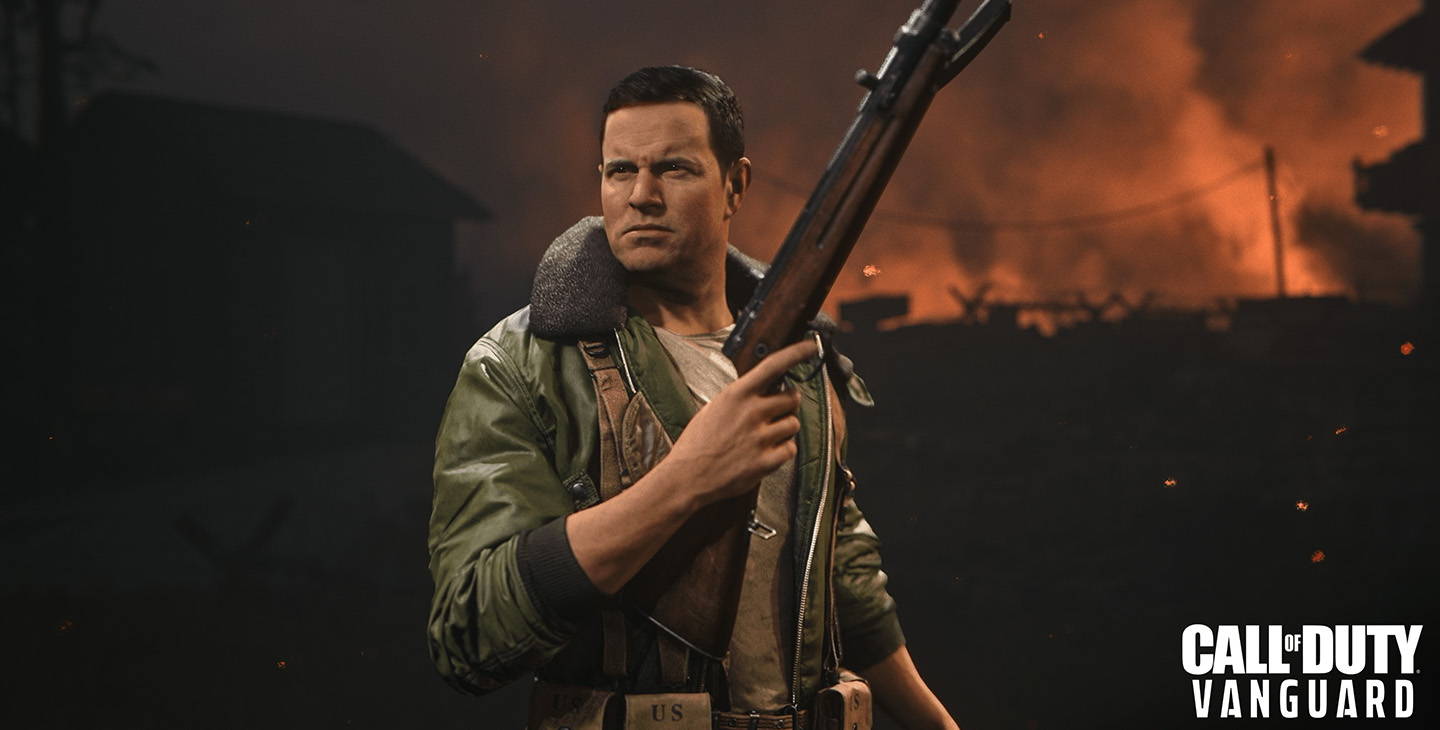 CALL OF DUTY X ALPHA INDUTRIES
To celebrate the Season 2.5 update, Alpha Industries is teaming up with Activision to launch a limited edition Call of Duty: Warzone ‘Caldera’ B-15 Flight Jacket.

The Alpha Industries craftsmanship and military legacy shine in this B-15 bomber jacket, complete with the specs of the original B-15 model and a flattering slim fit. First issued to the U.S. Army Air and Air Force pilots in the 1940s, the B-15 jacket was one of the first bomber jackets to be made from nylon, replacing the heavy leather previously worn by pilots. Its mouton fur collar was later replaced with knit material, and by 1950, the B-15 began to be phased out and eventually replaced by the MA-1 bomber jacket, though the B-15 silhouette is still widely recognized as a timeless classic.

This authentic ‘Caldera’ B-15 flight jacket showcases Call of Duty in its design, with a themed “No Guts No Glory” graphic on the back and a hidden ‘Caldera’ Pacific Map (as seen in Call of Duty: Vanguard) printed onto the interior lining.

As an added bonus, a selection of those choosing to don the new Call of Duty B-15 bomber jacket will also have the chance to score the in-game Flyboy Bundle for Call of Duty: Vanguard. This includes the Operator Skin, which also unlocks the Flyboy Operator, a KillCam Vanity, and an MVP Highlight – available only in Vanguard.

Act fast to purchase your own limited edition Call of Duty B-15 Flight Jacket, plus get into the Arms Race with the new and exhilarating Call of Duty: Vanguard gaming experience. 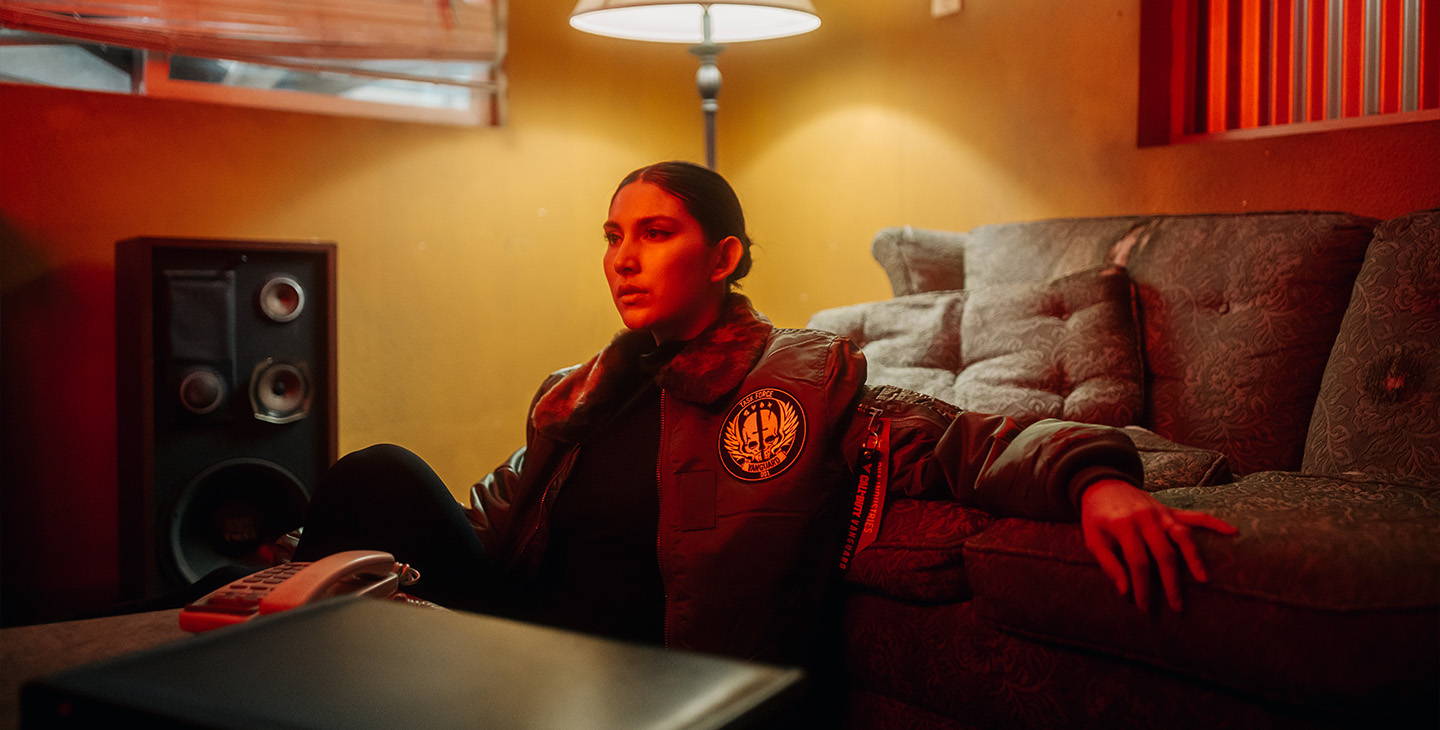